Some of my favorite pictures from November were pretty easy to pick. I almost knew they were my favorites the minute the entered my mobile camera !

2. My sister sent us this picture – my brother plated this dessert for her when she visited him in this restaurant that he works in. By the way – he is the chef’s favorite.

3. Another one courtesy my sister – she attended her friends wedding and there was this cute photo booth or a decor area alongside the celebrations. She was amused by it and so were we .

4. I was learning how to use my iPhone camera in a better manner. So there was this short tutorial which was demonstrating how to use focus by tapping on the screen.  I wanted to try it immediately, and the prettiest object to focus on my messy desk was the idol of one and only baby Krishna !

5. Almost half of October my daughter was eyeing other children’s tricycles and even climbing on them in an attempt to ride. It made me realize that it is time for us to get one for her. Little did I know that the one I ordered online is going to be a DIY assembly ! So here we are – myself, the princess and our staff – the 4 of us assembling a tricycle !

6. The fruits of my hard work bore and came the mighty impressive Zodiac sign journals. The Sagittarius Journal is all pretty this month !

I was a pretty happy and a content Sagittarius woman. And like one twelfth of the citizens on this globe – we were all grouped to the Sagittarius household and our “common traits” were passed down from generations. 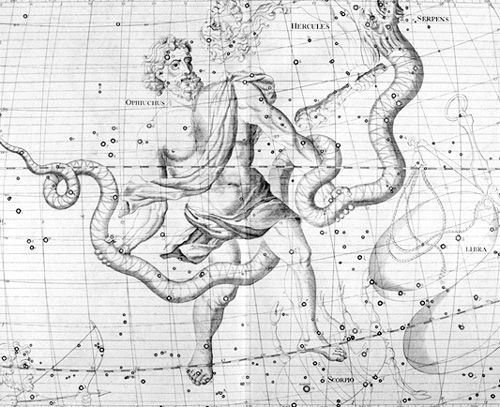 And right when I was getting my creative juices flowing to build a new range for Indian Journals to launch for this holiday season – bam ! Ophiuchus comes into my awareness zone. And overnight I became an Ophiuchus. Imagine spending a little over 3 decades believing that you belong to a particular star sign and then you are someone else now. It was like – a case of living in mistaken identity for this whole time !As if all our homies were now either to be retained in the Sagittarius fort or move to the not so newly constructed Ophiuchus Fort to call it home.

Needless to say, I searched everything from its meaning to its origins to symbology , constellation , personality traits and compatibilities ! Most of what I used to do in high school for Sagittarius.

The constellation is described in the astrological poem of Marcus Manilius: the Astronomica, which is dated to around 10 AD. The poem describes how:

Ophiuchus holds apart the serpent which with its mighty spirals and twisted body encircles his own, so that he may untie its knots and back that winds in loops. But, bending its supple neck, the serpent looks back and returns: and the other’s hands slide over the loosened coils. The struggle will last forever, since they wage it on level terms with equal powers”.

Later in his poem, Manilius describes the astrological influence of Ophiuchus, when the constellation is in its rising phase, as one which offers affinity with snakes and protection from poisons, saying “he renders the forms of snakes innocuous to those born under him. They will receive snakes into the folds of their flowing robes, and will exchange kisses with these poisonous monsters and suffer no harm”.  A later 4th century astrologer, known as Anonymous of 379, associated “the bright star of Ophiuchus”, Ras Alhague (α Ophiuchi), with doctors, healers or physicians (ἰατρῶν), which may have been because of the association between poisons and medicines.

Based on the 1930 IAU constellation boundaries, suggestions that “there are really 13 astrological signs” because “the Sun is in the sign of Ophiuchus” between November 29 and December 17 have been published since at least the 1970s.

In 1970, Stephen Schmidt in his Astrology 14 advocated a 14-sign zodiac, introduced Ophiuchus (December 6 to December 31) and Cetus (May 12 to June 6) as new signs.  Within 20th-century sidereal astrology, the idea was taken up by Walter Berg in his The 13 Signs of the Zodiac (1995). Berg’s The 13 Signs of the Zodiac was published in Japan in 1996 and became a bestseller, and Berg’s system has since been comparatively widespread in Japanese pop culture, appearing for example in the Final Fantasy video game series and the manga and anime series Fairy Tail.

I was kind of excited about this whole “Shift” and started working on the brand new symbol for the Indian Journals cover. How could I leave out my very own “new” sign in the offering ! 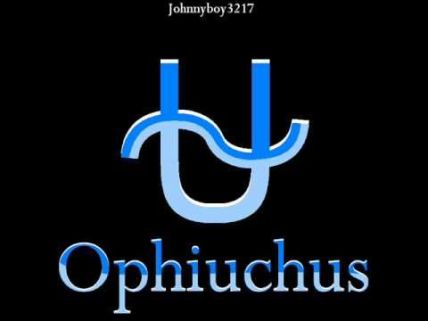 There were two symbols that were coming up in the search. However, I had to pick only one. More because I liked it and “related” to it more.

To know which symbol  I picked and what is going to be the cover like , please stay tuned. Oh by the way – any guesses for the new theme for Indian Journals !